Elderberry and Viruses – Does It Help? 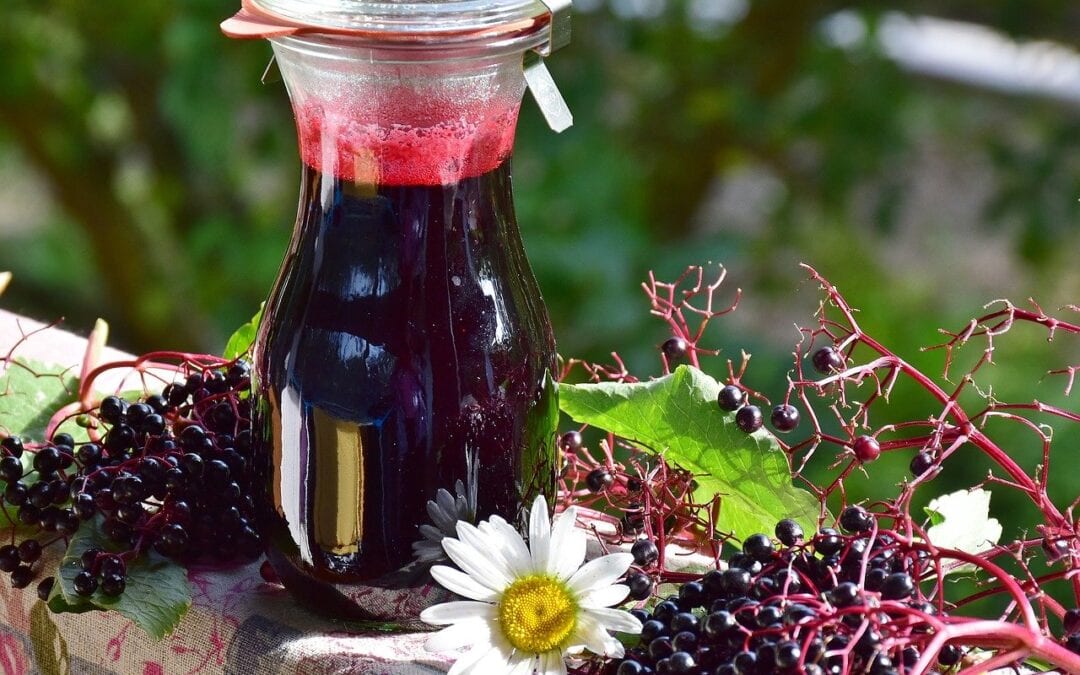 New evidence shows elderberry and viruses don’t particularly like each other. Learn how elderberries can fortify the immune system.

While elderberries may not be the most popular berries (the title goes to strawberries and blueberries), new evidence shows that they can fortify the immune system.

People can eat elderberries in ham, syrup, wine, or in its original form.

They not only have a sharp, tart, and refreshing taste, but they may be able to help fortify our bodies against viruses.

A common shrub in Europe and North America is Sambucus nigra, otherwise known as the black elder or elderberry.

People traditionally use the flowers to make jams or seasonal drinks.

In late summer or early autumn, people harvest the elderberry as it becomes ripe.

It’s important to harvest them at the right time because if they are unripe, uncooked elderberries can be toxic.

For example, the CDC has recorded a case of 11 people who fell ill from drinking the same batch of elderberry juice.

Poisonings like this are likely due to consuming unripe elderberries.

This can produce a type of cyanide called hydrocyanic acid.

However, when harvested at the right time, they have a wonderful taste.

These berries can add a great taste to a dish as well as helping to guard against disease. 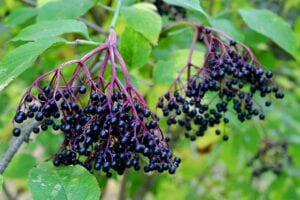 Elderberries not only have antiviral properties, but they can also fight viruses once an infection has set in.

According to a study in the Journal of Functional Foods, they have great health benefits.

Substances in elderberries can stop the flu virus from entering and replicating in human cells.

Golnoosh Torabian, Ph.D., one of the study’s co-authors, explains that their study “has shown… that the common elderberry has a potent direct antiviral effect against the flu virus.”

“It inhibits the early stages of an infection by blocking key viral proteins responsible for both the viral attachment and entry into the host cells.”

The researchers explored the effects of commercially farmed elderberries processed into a serum, which they then administered to cells at multiple stages of the influenza cycle.

The serum was part of two stages: before infection of the flu virus as well as during the infection.

They found that the phytochemicals in elderberries were effective at both inhibiting the virus before infection as well as stopping it from propagating once the cells were already infected.

“This observation was quite surprising and rather significant because blocking the viral cycle at several stages has a higher chance of inhibiting the viral infection,” said co-author Peter Valtchev, Ph.D.

Based on these findings, taking elderberry supplements to improve your health and immunity is not only safe but smart.

Zarbee’s Naturals offers Elderberry Immune Gummies that provide you with all these benefits and more in a tasty, easy to consume form.